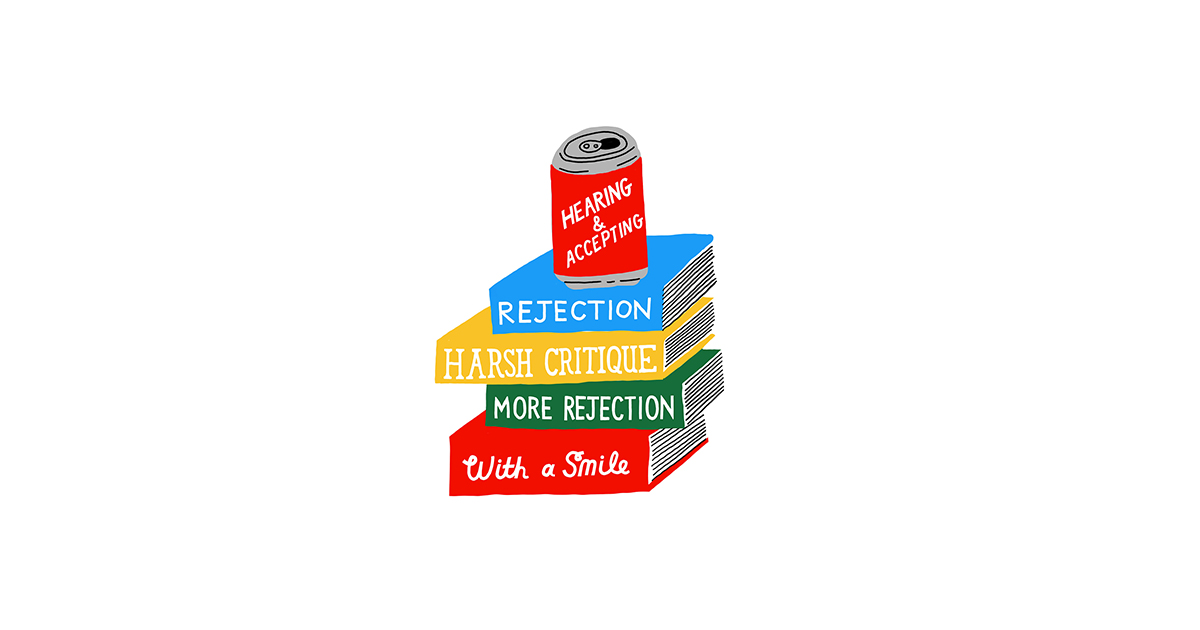 Back to Blog, Graeme Zirk

Graeme Zirk is an illustrator, artist and designer living and working on the west coast of Canada in Vancouver. His work has been featured in Communication Arts, Noisey, The Creators Project, Vice Canada, Maisonneuve and Sad Magazine. Working for companies like St.Bernadine, Wax Partnership and Lush Cosmetics.

In early August I reached out to Graeme while visiting Vancouver and had the pleasure to meet and wander the streets near his studio.

“The initial piece of yours that I found was a red and blue illustration with the tagline “I’m too many people” Was this a nod to juggling the work-life balance of a graphic designer/illustrator? or was it something more?”

Those pieces were a 3 part series called “His/Hers”. It’s about the first year of marriage. I’d like to give you some profound rationale behind those prints, but all I can really say is that being legally bound to someone can make you feel like an overlapping amalgamation and the only way you can tell yourself apart is the colour of your bathroom towels. Hers is red, mine is blue. You can read that “too many people thing” however you like. Funny how it made you think about work-life balance!

“Haha, for me, I have just recently finished University as a mature student, the pressures involved with changing career, juggling family and work life were definitely aligned with that image. When we met, you mentioned that you too had gravitated to design later in life, can you remember what it was that finally steered you?“

I grew up drawing and replicating the things I loved but did so in a bit of a bubble. I would make logos for hockey teams that didn’t exist, take my parent’s CD’s apart and make my own covers, make comics, paint blank skate decks with my dad in the garage. My favourite computer game was Mac Paint (Wolfenstein 3D being a close second).

So the early signs of a designer were definitely there, but I grew up in a city with no design school and a very small (albeit, rad) design community. Design was kinda hard to find and if you liked to draw it meant you took art classes. So when it came time to level up artistically, my options were essentially nuts and bolts art fundamentals that young me just couldn’t sit still for. I had zero interest in making hyper-realistic representations of stuff. I wanted to draw simple things perfectly. Not being able to draw boring hyper-realistic stuff like my dog or a farm on the horizon perfectly always left me feeling lazy, like art was for someone else and the imaginary logos I made were just a weird hobby.

I started out studying education in hopes of being an art teacher, mostly because it sounded nice. (Those who can’t do, teach) and had spent my spare time doing stand-up comedy with hopes that becoming being my “Real job”. I really like helping people figure stuff out and the buzz I get from making a crowd laugh is addictive. But I kinda sucked at both. I was flunking pretty hard in my education classes and feeling weird and doubtful about being a person that got in front of a crowd and said lame, crass stuff for validation. I wasn’t really being true to myself during that time and it showed.

I was bummed about my prospects and took a design job at my university paper on the advice of a friend. It was a game changer. I was officially on the hook to make the cover and comics and edit photos every week. I so looked forward to production nights. We’d get all hopped up on energy drinks and cheap pizza and send stuff to print at like 4am. A couple of days later you’d see your work in print and get all jazzed about it and want to do it all over again next week. It was so rad. It was a culmination of all that stuff I loved as a kid and an adult and I didn’t feel like I was being disingenuous to myself in the process. I promptly dropped out of university, left my hometown, got a design education and haven’t felt the need to reconsider since.

Long story short, I started noticing and caring about design early but I didn’t get my act together until my mid-20s.

“I admire the open and honest format of your Instagram page. Your ability to merge both humour and insight into the working life of a creative is incredibly appealing to me. I think the best example of this is through you Illustrative series of self-help books. Could you give a little insight into the ever growing library?”

Thank you! I started doing those because I had received a string of rejection letters and very astute and hard to stomach feedback. I was feeling sensitive to it but mostly because it was so spot on. I knew there were things I needed to resolve and they all required very specific work that could only be done by me. I tried googling solutions to these really specific, personal, existential questions and obviously, got nothing. So I drew some of the titles I wanted to read, mostly to make myself laugh. I was encouraged to push it to be more of a thing and to take suggestions by Jeff Hamada and other cool people on Booooooom. A thing you should be using if you’re not already!

I grew up on a steady diet of comic strips and mad magazine and did standup for about 5 years before design school. Seeking the hypocrisy and ridiculousness in things is kind of my default programming, unfortunately.

I don’t think it’s true of all creative people, but a lot of us tend to be a little sensitive, even if we don’t care to say it. We subject ourselves to a style of work that can really put your heart through the ringer if you don’t have your boundaries, values and sense of self-worth set in stone. It’s certainly not for the timid and people outside of it tend to think we’re nuts for subjecting ourselves to it.

As a result, we kind of have our own way of griping and commiserating about the less fun parts of our vocation. I think a lot of people felt compelled to contribute titles to that project because the experience of feeling defeated and in search of answers is pretty universal. If you didn’t feel like complete hell after burning a Sunday to do last minute revisions for a client who’s probably just going to fire you on Monday, it would warrant a Voight-Kampff test. Just to make sure you’re actually human.

“How has the build-up to your upcoming October solo show been? Is it something that you feel anxious about or is it a process that you enjoy? Got any tips for anyone out there considering to put on their show?”

Yeah, it’s fun and a little nerve-wracking because I feel like I have to finally back up all the stuff I’ve been up to.

I grew up drawing and did it well into my early 20’s but kind of dismissed it and put all my focus on design when I started working in agencies. In the past couple of years, I’ve come back to it and have been leaning into it pretty hard over the last 3-4 years. But that’s all been happening from the safety of my own bubble. That’s what prompted me to assemble a show and seek space.

I made a little agreement with myself at the beginning of the year that it was time to quit living solely on the internet and my client’s work and get out into the wild. I’m pretty out of my comfort zone when it comes to this because my fundamentals are design, not fine art. So exploring and challenging that is great. Stuff like that should be intimidating, even if it’s just a small thing.

I’m ultimately doing the show for myself. I want people to know I exist and I want to share a tangible version of what I’ve been up to for the past couple of years. If people dig it, great. But I’m 90% doing it to make good on my “stop being a hermit/poser/wallflower and get out there in the real world” thing.

If you want to do a show, just do a show. The stakes don’t exist until actual money enters the conversation and you’re probably the only one that cares about the little stuff as much as you do. Just put out good snacks, keep your overhead low, tell people who like you to tell people they like and seek feedback from the people that aren’t thrilled about it. Then do it again.

Grame’s solo show at sliceoflifevancouver this fall will be on from October 18th at 7pm. If you are lucky enough to live in the city you should head along.